Python Prime Numbers: Find a Value or a Range of Values 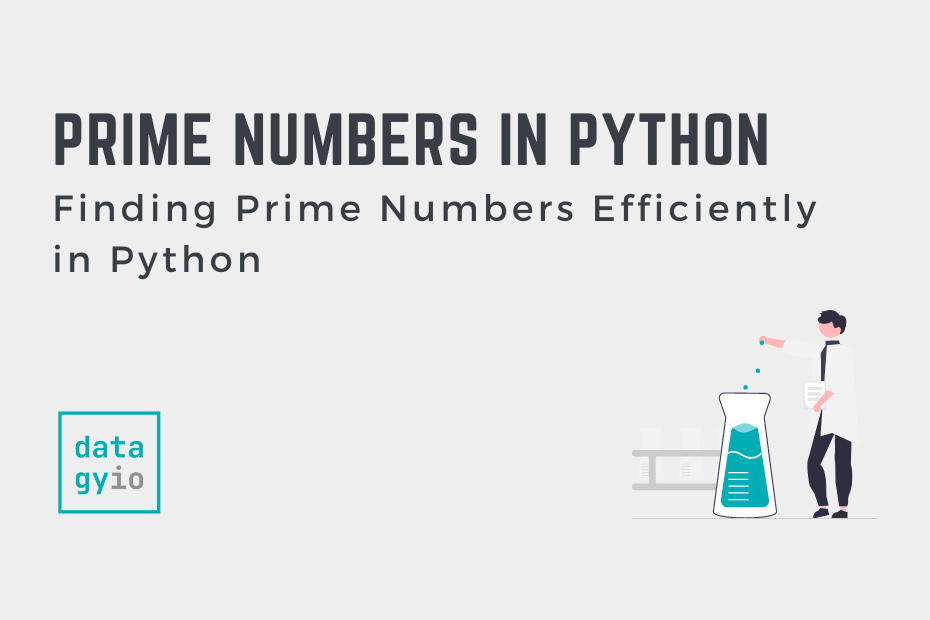 In this tutorial, you’ll learn how to use Python to find prime numbers, either by checking if a single value is a prime number or finding all prime numbers in a range of values. Prime numbers are numbers that have no factors other than 1 and the number itself. Being able to work with prime numbers is a common task in occupations such as computer and cyber security.

What are Prime Numbers

Prime numbers are a positive integer that’s greater than 1 that also have no other factors except for 1 and the number itself. For example, the number 5 is a prime number, while the number 6 isn’t (since 2 x 3 is equal to 6).

Let’s take a look at how we can implement this first code:

This function works well! However, it’s not the most efficient function. We can divide the number by 2 since any composite number (a non-prime number) will also have a factor of its half.

This means that the number of iterations that our code has to complete is reduced by roughly half! Let’s see how we can write this function:

In the function above, we’e made the following improvement:

Now let’s take a look at one more improvement we can make. We can actually take the square root of the number that we’re checking. This can have significant improvement on the number of checks the function needs to make.

Let’s see how this looks:

In the next section, you’ll learn how to find all the prime numbers in a range of numbers.

In order to test these, let’s use a large prime number, 433,494,437. Since we know this number is a prime number, the function will need to run through all iterations.

The table below breaks down the performance between these three functions:

We can see that the square root method is significantly faster than the other methods!

Finding all Prime Numbers in a Range of Numbers

A common challenge will be to find all the prime numbers between two different numbers. In order to do this, we can use our optimized function above and loop over a range of numbers to return all values that are prime numbers.