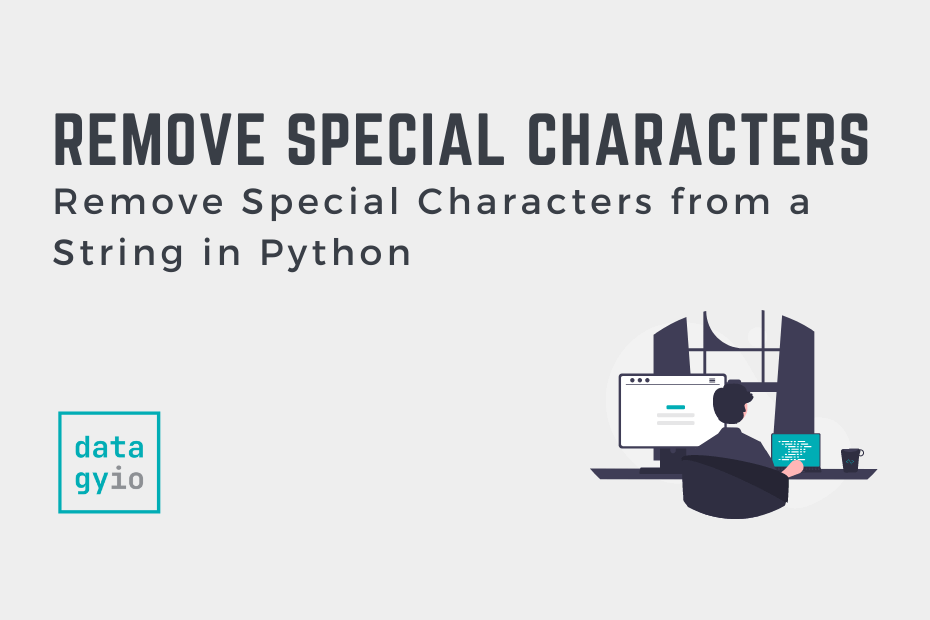 The Quick Answer: Use re sub

In the next example, you’ll learn how to get a bit more flexibility (such as keeping spaces), by using the Python regular expressions library, re.

The Python regular expressions library, re, comes with a number of helpful methods to manipulate strings. One of these methods is the .sub() method that allows us to substitute strings with another string.

One of the perks of the re library is that we don’t need to specify exactly what character we want to replace. Because of this, we can set ranges of characters to replace (or keep).

For example, to keep all alphanumeric characters and spaces, we simply tell the .sub() method to replace anything except for [^a-zA-Z0-9 ].

In the next section, you’ll learn how to use the filter() function to remove special characters from a Python string.

Similar to using a for loop, we can also use the filter() function to use Python to remove special characters from a string.

Since strings are iterable, we can pass in a function that removes special characters. Similar to the for loop method, we can use the .isalnum() method to check if it a substring is alphanumeric or not.

Let’s try this out in Python:

Let’s explore how and why this works:

If you wanted to include other characters, such as strings, we can define a custom function that we can evaluate against.

Let’s see how this works in Python:

Let’s break down why this approach works:

Because of this evaluation of thruthy-ness, we filter out any values that do not evaluate to True.

To learn more about the Python regular expressions library re, check out the official documentation here.

To learn more about related topics, check out the resources below:

2 thoughts on “Python: Remove Special Characters from a String”