Python reduce(): How to Reduce Iterables in Python 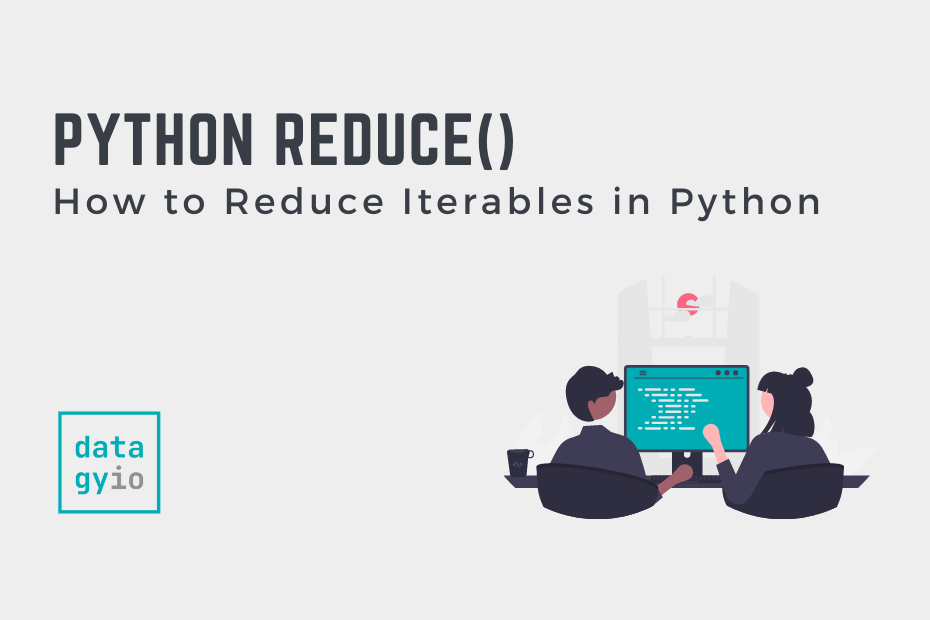 The Python reduce() function is part of the functools library, which provides opportunities for functional programming in Python. Prior to Python 3, the function was a built-in function, but was moved into the standard library following the release of Python 3. The function takes a pre-defined function and applies it to every item in an iterable (such as a list or tuple) and returns a single, computed value.

This is why the function is called reduce: it takes an object with more than a single item and reduces each element until only a single element is left.

Let’s take a look at what makes up the Python reduce() function:

As you can see from the code block above, the function takes three parameters, two of which are required:

The function works by taking the passed in function and applying it to the first two items. Then, the function is applied to the newly generated element and the next item in the iterable. This process then continues until all items are processed and a single value is returned.

Let’s take a look at an illustrative example:

In the next section, you’ll learn how to use the Python reduce() function using built-in functions.

How to Use Built-in Functions with Python’s reduce()

In the example above, we used the built-in operator.mul() function which multiples two values together. This can be a great way to multiply all values in a list. Similar to the example we explored earlier, the product is calculated by multiplying each value with the product of the predecessor.

How to Use User-Defined Functions with Python’s reduce()

The power of the reduce() function really shines when it’s used with user-defined functions. This allows you to pass in different behavior compared to built-in functions. For example, if you wanted to find the minimum value in a list of numbers, you could write the following:

The function above uses the ternary operator to return the lower of two values.

How to Use Lambda Functions with Python’s reduce()

The real bread and butter of using the Python reduce() function is by passing in anonymous lambda functions. This allows you to explicitly define the function directly within the function. This removes the ambiguity of why the function was defined and where else it might be used. Let’s take a look at an example of how this works:

How to Use an Initializer in Python’s reduce()

In this case, rather than starting at 0, the values start at 50 and work their way through the rest of the list.

The benefit of passing in an initializer is that the function will never raise an error, even if an empty sequence is passed in. Let’s take a look at what happens when we pass in an empty list:

We can see that when an empty sequence is passed in without an initializer, that a TypeError is raised. Let’s see how we can fix that behavior:

When to Not Use the Python reduce() Function

While the Python reduce() function provides a lot of opportunity to write functional code, it is often redundant and less readable than other options. In many cases, Python provides functions that can take iterables and reduce them to a single value.

For example, rather than applying the reduce() to add a list of numbers, you can simply pass the list into the sum() function. Let’s take a look at how this works:

The sum() function is significantly cleaner and more understandable. Since introducing Python 3, Python has included many helpful functions to reducing iterables.

In this tutorial, you learned how to use the Python reduce() function. The function allows you to pass in an iterable object, such as a Python list, to reduce it to a single value. The function allows you to work with built-in functions, lambda functions, and user-degined functions. However, it’s not always the best approach and other built-in tools can be a cleaner way of doing things.