Python New Line and How to Print Without Newline 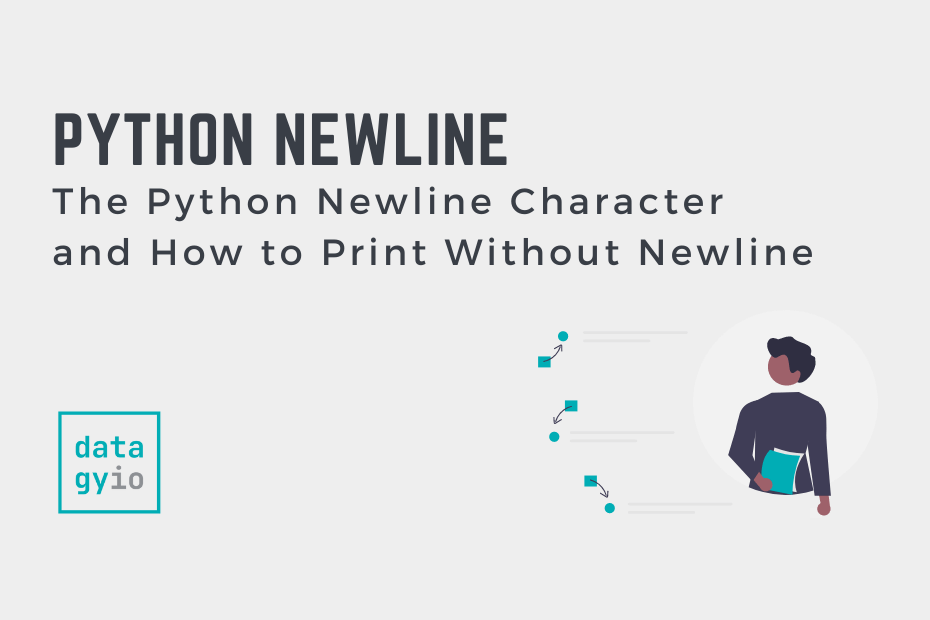 In this tutorial, you’ll learn how to use the Python new line character and how to print without newlines. Being able to control how your program prints strings is an important skill, especially when working with text files or command-line interfaces (CLIs). In this tutorial, you’ll learn different ways to include a newline character in your Python program, including the \n character and multi-line strings.

Being able to print across new lines increases the readability of your program’s output. Similarly, newline characters are often found in text files. Being able to understand how these characters work in Python will allow you to create programs that respond how you expect them to.

Let’s take a look at an example of how you can use the Python newline character, \n, to print on multiple lines in Python:

We can see that by including the \n newline character, that when the string was printed the text was split across multiple lines.

Printing in Python Without Newlines

When you print multiple statements in Python, by default they print across multiple lines. Take a look at the code below as an example:

The reason that these statements print across different lines is because the print() function has a parameter end= which defaults to the newline character, '\n'.

We can actually change the ending of these print statements by passing in a different string. For example, if we wanted to keep printing multiple statements on the same output line, we could simply write:

In the example above, we modified the end= parameter to simply be a space character. Because of this, the two statements were printed on the same line, separated only by a single space.

Another way in which you can easily print across multiple lines in Python is to use multi-line strings. Multi-line strings in Python are declared by triple single quotes or triple double quotes. This allows you to use line breaks within the string without explicitly declaring them.

Let’s take a look at how we can replicate our earlier example using multi-line strings:

Because we declared the string as a multi-line string, we were able to handle the linebreaks implicitly!

How to Remove New Lines in Python

In the example, we first printed the string with the leading newline character. Then, we printed the line by left stripping out any whitespace.

To learn about related topics, check out the tutorials below:

Tags:PythonPython Strings
previousHow to Iterate (Loop) Over a List in Python
nextHow to Check if a String is Empty in Python