How to Check Your Python Version (Windows, macOS, Linux) 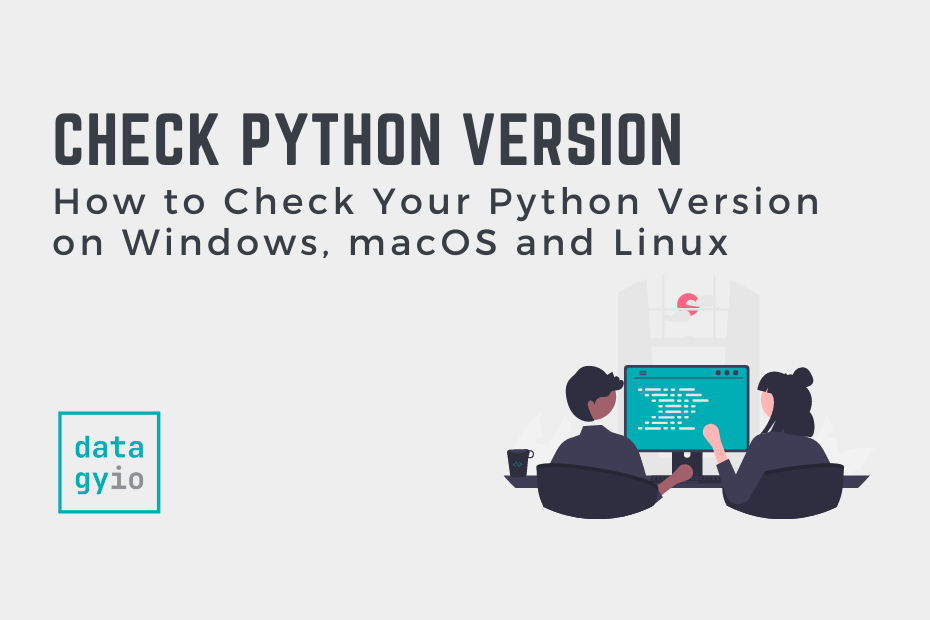 Knowing how to do this is an important skill for any Python developer. For example, it can be an important skill in order to better troubleshoot your code. If your interpreter is set to a different version than you’re expecting (say, Python 2 versus Python 3), being able to identify the version of the interpreter can help troubleshoot your problems.

How to Check Your Python Version

To check the version that your Python interpreter is running we can use a version command on the python command. Because accessing the command line prompt or terminal varies from system to system, this part of the tutorial is split across the different operating systems available to you.

Over the following sections, you’ll learn how to check your Python version using Windows 10, Windows 7, macOS, and Linux.

How to Check Your Python Version on Windows 10

In Windows 10, we can use the PowerShell to check the version of Python that we are running. In order to access the PowerShell, simply use the following steps:

Once the PowerShell is open you can access the Python version your interpreter is running by writing the commands shown below.

How to Check Your Python Version on Windows 7

On Windows 7 and earlier, you can use the command prompt to check your Python version. In order to do this, you can run the following steps:

Check the table below for the different types of commands you can run in order to check your version of Pyhton on Windows 7:

In the next section, you’ll learn how to check your Python version on macOS or Linux.

How to Check Your Python Version on macOS / Linux

In macOS and Linux you can use the Terminal application to check your version of Python. On macOS, this can be accomplished by following the steps below:

Because some versions of macOS come with Python 2 installed by default, it’s likely that the python command may refer to Python 2. Because of this, you may need to run python3 instead, to refer to that version of Python.

The table below breaks down the different commands to run on macOS and Linux to get the version of Python:

In the next sections, you’ll learn how to check the version of Python your code is running in your script using the sys and platform libraries.

How to Check Your Python Version in a Script Using sys

The sys library provides a number of different ways in which you can access the version of Python you’re running.

One of the simplest ways is to simply print out the .version attribute. This returns the same information as the -VV command shown above. Let’s take a look:

Because this returns a multi-line string, it’s not immediately accessible. For example, if you wanted to check whether or not a script is running in Python 3.6 or later (to make use of f-strings, for example), you’d have a hard time parsing this.

Instead of using the .version attribute, we can use the .python_version attribute to make this process better. It returns a named tuple that provides all the information in an easy to access manner.

The tuple returned has the following attributes: (major, minor, micro, releaselevel, serial). Let’s see how we can check the major and minor version to see if we can use Python f-strings:

In the code above we checked if our system was capable of running Python f-strings. In the next section, you’ll learn how to use the platform library to check your Python version.

How to Check Your Python Version in a Script Using platform

The Python platform library provides a number of helpful methods that are very similar to the ones provided by the sys library. For example, the python_version() function can be used to return a string that contains the Python version.

Let’s see how we can import the library and return a string containing our current Python version:

In this tutorial, you learned how to check your version of Python on Windows, macOS and Linux. You also learned how to check the version your code is running in your script using both the sys and platform library. Being able to check the version of Python you’re using allows you to better troubleshoot your code and identify any problems that are caused by versions.