How to Use Python Named Tuples 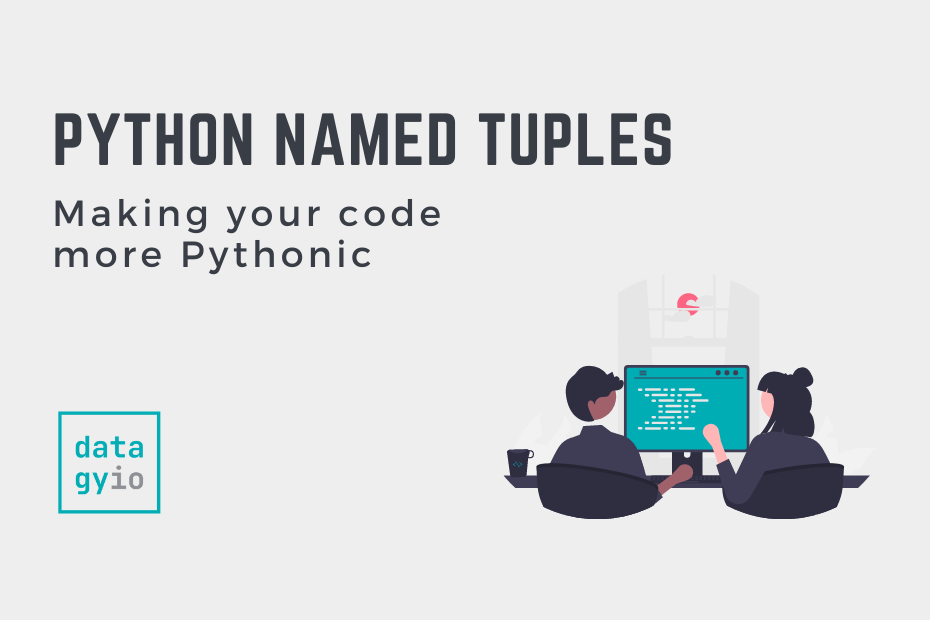 The Python collections module provides a helpful factory function, namedtuple, which allows you to create named tuples in Python. The idea behind named tuples is to make working with tuples more pythonic by allowing you to access data in the tuple using their label, rather than their index position.

The named tuple extends the Python tuple. This means that it can do everything a normal tuple can, but it adds helpful features. Namely, it allows you to provide create objects with named fields and a fixed length.

What is a Python named tuple

The namedtuple() function available in the Python collections module is a factory function to generate special tuples. In particular, these tuples are a subclass of normal Python tuples, but allow you to use named fields in their values. Similar to accessing an object’s attribute, you can use dot notation to access a named value in a named tuple.

Python named tuples make your code cleaner to read since it allows you to access a value in a tuple without referencing its index. Say you wanted to have a tuple that stores a person’s name, age, location, and profession. In a named tuple, you could access the person’s profession by accessing that attribute.

To better explain why this is better, let’s take a look at a regular tuple. Our tuple will contain someone’s name, age, location, and profession.

In order to access the profession, you need to know where in that tuple the information is stored. While this seems like an easy task, it does add an additional layer of interpretation to your reader.

On the other hand, we can recreate this tuple used a namedtuple. In the case of a named tuple, you won’t need to know the index position – only its label. In the next section, you’ll learn how to create a named tuple.

In this section, you’ll learn how to create a namedtuple using the Python collections module. Let’s see what the namedtuple() function looks like:

Let’s break down the arguments available in the namedtuple() function:

Now that you have an understanding of the parameters available in the namedtuple() function, let’s see how you can recreate the tuple from above.

Similarly, named tuples can also be indexed. For example, you could access the profession value by accessing its 3 index value:

Now that you’ve learned how to create a Python named tuple, let’s explore some of the differences between named tuples and regular tuples.

How Python Named Tuples are different from regular tuples

Python namedtuples are a subclass of regular tuples. We can verify this by using the issubclass() function.

What this means is that named tuples inherit all behaviors of regular tuples, but also extend them. The table below provides an overview of the key differences and similarities between them:

What the table above illustrates is that named tuples are an extension of regular tuples. They can make your life coding much simpler and they greatly increase the readability of anyone reading your code.

When to use a Python named tuple over different data structures

At this point, you have a strong understanding of how named tuples may be more beneficial to use than regular tuples. You may also have noticed that named tuples are beginning to look a lot like dictionaries.

For example, we could easily create a dictionary looks like our named tuple:

Because of its immutability, named tuples also use less memory than dictionaries. This can be helpful when working with larger items or many items.

Let’s take a look at an example. We’ll recreate our earlier named tuple and provide some default values:

Notice that we didn’t specify for what field names the default values should be provided. Because we specified only two default values, they were assigned to the two right-most field names: location and profession.

This, in turn, means that name and age are mandatory. Let’s see what happens when we only pass in a name:

If you’re ever confused as to what the default values are, you can use the _field_defaults attribute. This returns a dictionary of field names and their associated default values:

Since named tuples are immutable, it may seem counterintuitive to include a section on replacing values in them. However, the namedtuple object comes with a method, ._replace(), which allows you to replace values in a named tuple.

The benefit of this approach is that it allows us to modify only specific values, while retaining the original values. Let’s see how this works:

What is great about this approach is that we can leave values we want unchanged, unchanged.

We can confirm that the original tuple is destroyed and that a new one is created by using the id() function:

Since the IDs of the two objects differ, we know that a new named tuple was created when the ._replace() method was called.

Convert a named tuple to a Python dictionary

Python named tuples have a lot in common with dictionaries. Because of this, the collections module provides an easy way to convert a named tuple into a dictionary.

Let’s see how we can use the ._asdict() method to convert a named tuple into a dictionary:

This can be an incredibly helpful way to convert between data types.

One of the constraints placed on field names in named tuples is that they cannot be reserved keywords. When you’re manually creating a named tuple, this can be an easy limitation to overcome.

However, if you’re creating named tuples when reading files, this can prove to be a real limitation. We’ll pass in a list of field names that contains a reserved keyword, from.

We can see that using a reserved keyword as a field name raises a ValueError. When you’re loading data programatically, this can be a major limitation, since you may not want to directly intervene in naming your field names.

In order to circumvent this, we can use the rename=True argument when creating a named tuple:

Do Named Tuples Use More Memory?

Python named tuples do not use more memory than regular Python tuples. Aside from the additional code overhead of creating the named tuple definition, there are no real downsides to using named tuples over regular tuples. In fact, named tuples serve to make your code much more readable.

Tags:PythonPython CollectionsPython Tuples
previousHow to Calculate Mean Squared Error in Python
nextPrepend to a Python a List (Append at beginning)

2 thoughts on “How to Use Python Named Tuples”