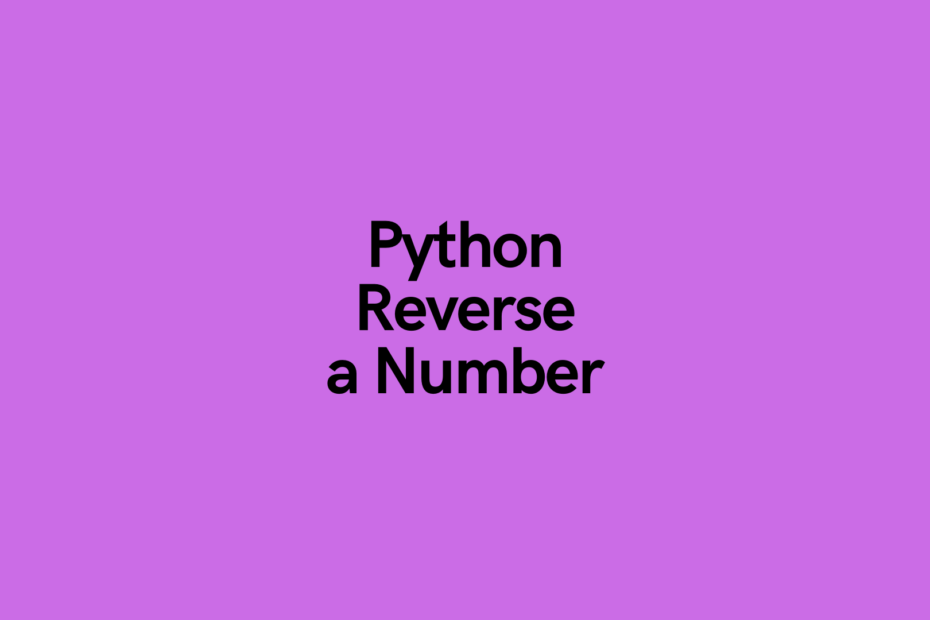 The Quick Answer: Use a Python While Loop

Reverse a Python Number Using a While Loop

Python makes it easy to reverse a number by using a while loop. We use a while loop with the help of both floor division and the modulus % operator.

Let’s take a look at an example to see how this works and then dive into the why of this works:

Let’s break down what we do here:

It’s important to note, this appraoch only works for integers and will not work for floats.

In the next section, you’ll learn how to use Python string indexing to reverse a number.

Another way that we can reverse a number is to use string indexing. One of the benefits of this approach is that this approach will work with both integers and floats.

In order to make this work, we first turn the number into a string, reverse it, and turn it back into a number. Since we’ll need to convert it back to its original type, we need to first check the numbers type.

Let’s take a look at how we can accomplish this in Python:

Python indexing allows us to iterate over an iterable object, such as a string. The third parameter is optional, but represents the step counter, meaning how to traverse an item. By default, the value is 1, which means it goes from the first to the last. By using the value of -1, we tell Python to generate a new string in its reverse.

We use the type checking in order to determine what type of number to return back to.

In the next section, you’ll learn how to create a custom function that makes the code easier to follow and understand.

In this section, you’ll learn how to turn what you learned in the section above into an easy to read function. While the code may seem intuitive as we write it, our future readers may not agree. Because of this, we can turn our code into a function that makes it clear what our code is hoping to accomplish.

Let’s take a look at how we can accomplish this in Python:

If you want to learn more about string indexing in Python, check out the official documentation for strings here.