Python: Differences Between Lists and Tuples 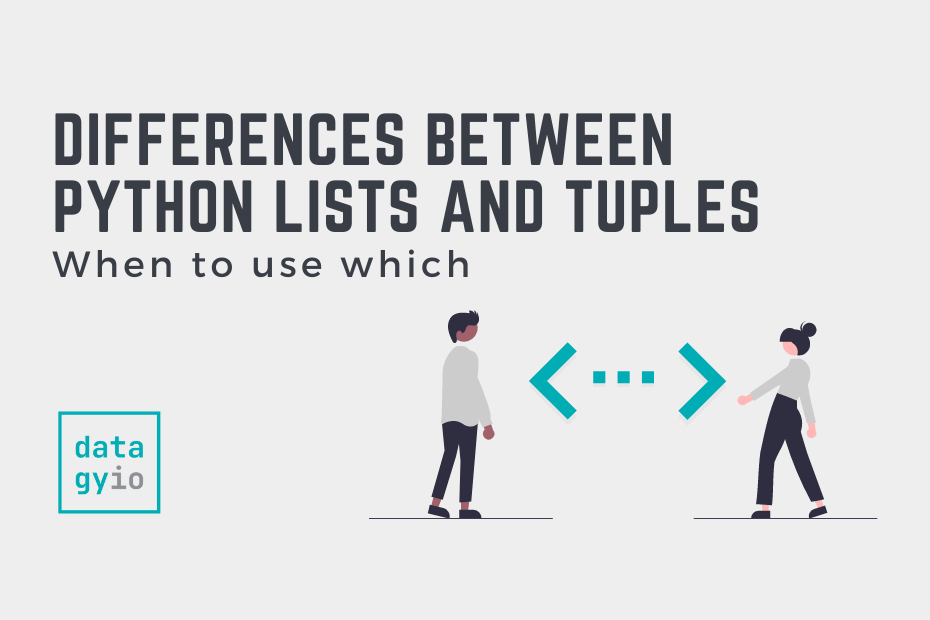 While both lists and tuples are container data structures in Python, they have unique attributes. Python lists, for example, can be helpful to store values that need to be modified, deleted, or added to. Inversely, Python tuples allow you to rest easy knowing that data in them cannot be modified.

In the following sections, we’ll break these points down in more detail. There are some technical complexities to each of these items and many deserve a bit of a deeper dive.

Python lists and tuples works very similarly. Python lists use square brackets [], while Python tuples use regular parentheses (). Both of these can contain different data types, meaning that they are heterogeneous.

Let’s take a look at how these two data types can be created:

Because both of these objects are ordered, we can access items within them using their index position. Both positive and negative indices work.

Let’s try accessing a little bit of data in them:

So far, these two objects seem quite similar. In the next section, we’ll dive into the mutability of them to better understand where some key differences lie.

Mutability of Python Lists and Tuples

Meanwhile, Python tuples are immutable: meaning that once they are created, they cannot be changed.

Let’s see how we can change the value in a Python list:

Let’s see what happens when we try to do the same with our tuples:

By attempting to modify a tuple’s values an error was raised.

There is one important exception to this. If our tuple contains a mutable object, such as a list, then that item can be modified. Let’s see what this looks like:

Because Python lists are mutable and Python tuples are not, Python is able to be more memory-efficient when working with tuples.

The reason for this is that when Python creates a list, it allocates extra space in order to be able to mutate it. On the other hand, with Python tuples, Python knows exactly how much memory to allocate!

In order to better illustrate this, let’s check the sizes of our tuple and list:

We can see that the list is 33% larger in bytes! At this scale, it may not make much of a difference. However, when you start working with larger datasets, the difference can be huge.

Because Python lists are mutable, they have many more methods available to them. That said, Python tuples also have a large number of methods that can help make finding and retrieving data easier.

Just by comparing the length of the tables will illustrate how many more methods are available for lists than tuples.

The following list contains all the methods available to Python lists:

Now let’s take a look at the methods available to tuples:

The following methods are available for tuples:

One interesting thing to note about tuples and lists in Python is that lists can be copied, while tuples cannot. Because tuples are immutable, when you try to copy a tuple it simply returns itself.

Let’s see what this looks like first with lists:

We can see that these two lists point at different places in memory. Now, let’s try this with tuples: