Flatten an Array with NumPy flatten 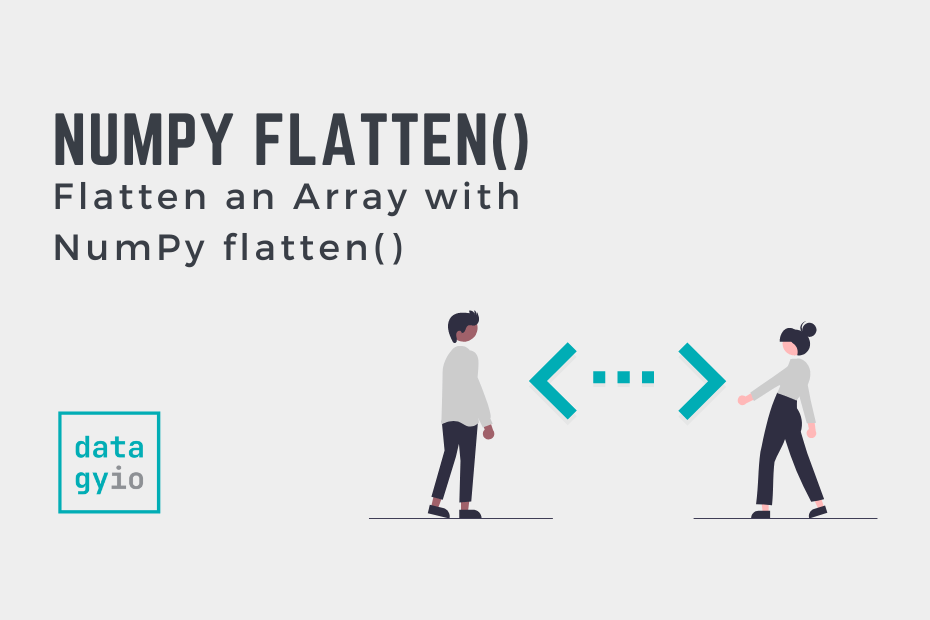 Before diving into how to use the NumPy flatten function, let’s take a look at how the function works. Compared to many other NumPy functions, this function is relatively straightforward.

The method takes a single, optional parameter, order=, which determines the way in which the array is flattened. Let’s take a look at the definition of the method:

In the code above, we can see that the method is applied to an array. The method returns a copy of the input array, flattened to a single dimension.

Let’s quickly see what options are available for the order= parameter:

In this section, you’ll learn how to use the NumPy flatten method to flatten an array row-wise. This means that items are appended based on the arrays in which they appear. In order to flatten arrays row-wise, you can use the default argument of order='C'.

Let’s see how you can flatten a NumPy array row-wise:

Let’s break down what we did in the code block above:

It’s important to note that the method does not modify the original array, but returns a flattened copy of the array.

In this section, you’ll learn how to flatten a NumPy array column-wise, meaning that items are flattened in the order in which they appear. This means that the first item of each array is flattened, then the second, and so on.

In order to flatten a NumPy array column-wise, we can pass in the argument of order='F' to the flatten method:

In the following section, you’ll learn how to use NumPy to flatten a Python list of lists using the NumPy flatten method.

Flatten a Python List of Lists with NumPy Flatten

The NumPy flatten method can also be used to flatten a Python list of lists. The biggest limitation here is that because NumPy arrays can only contain numeric values, this cannot be used for all types of lists of lists.

Let’s see how we can use the flatten method to flatten a Python list of lists:

Similarly, you can use different arguments to modify the way in which these lists of lists are flattened using NumPy.

The NumPy flatten method doesn’t modify an array, but rather returns a copy of the array. This means that you need to assign the copy to a new variable.

How is NumPy flatten different from NumPy ravel and reshape?

Both the ravel() and reshape() methods return a view, if possible. Meanwhile, the flatten() method returns a copy.

The NumPy ravel() method is almost always faster than NumPy flatten(). This is because by creating a copy, Python will need to first allocate new memory.

Tags:NumpyPython
previousHow to Add a New Column to a Pandas DataFrame
nextPandas dropna(): Drop Missing Records and Columns in DataFrames