How to Rename Files in Python with os.rename() 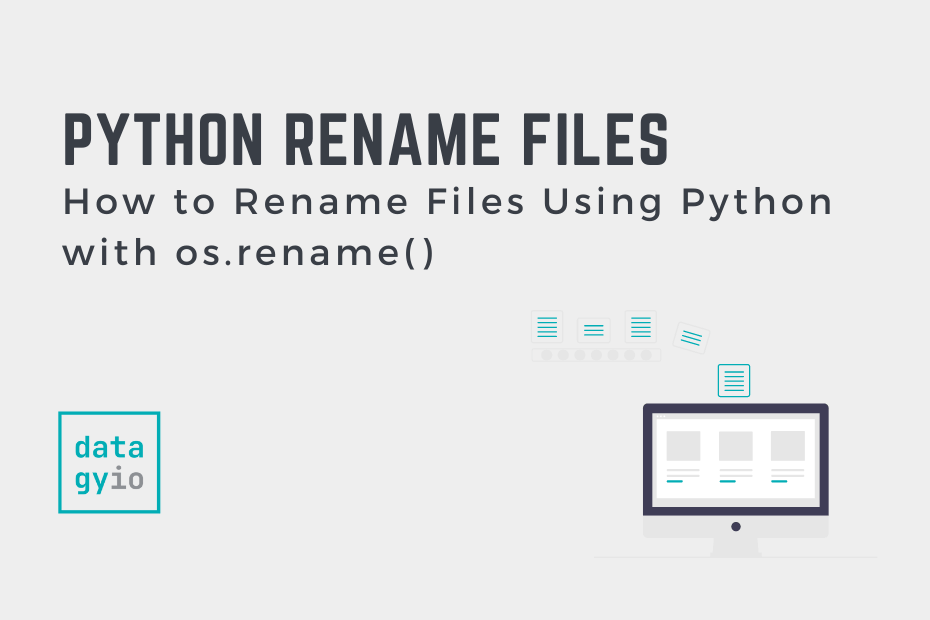 Being able to work with files is an essential skill for a Python developer of any skill level. In particular, Python can be used to easily rename a single file or multiple files. Being able to automate repetitive tasks, such as renaming files can save you a ton of time. In this tutorial, you’ll learn how to rename files with Python using the os.rename() function.

By the end of this tutorial, you’ll have learned the following:

Python comes with a built-in function, rename(), as part of the os library. As the name implies, the function is used to rename a file. Before diving into how practical examples, let’s take a look at what makes up the function, including its various parameters:

From the code block above, you can see that the function accepts four arguments, two of which are optional. Let’s take a look at the parameters of the os.rename() function, including their default arguments:

Now that you have a strong understanding of how the function works, let’s dive into some practical examples of how to rename files with Python.

How to Rename a File with Python Using os.rename()

How can you rename a file with Python?

In order to rename a file with Python, you can use the os.rename() function. Simply pass in both the source path to the file and the updated file path that you want to use. If the renamed file path already exists, then Python will raise a FileExistsError.

Let’s take a look at an example of how to rename a file with Python.

Let’s take a look at how we can rename a file using the Python os.rename() function:

Now that you know how to rename a single file, let’s take a look at how you can use Python to rename multiple files at once.

How to Rename Multiple Files with Python Using os.rename()

To rename multiple files using Python, you can combine the os.rename() function with a Python for loop. A for loop lets you iterate over a list of items, such as a list of file names.

Let’s break down what we’re doing in the code block above:

In the following section, you’ll learn how to rename files in a folder matching a timestamp pattern.

How to Rename Files Matching a Timestamp Pattern Using Python

In many cases, files will have a timestamp or date pattern in them. However, in some cases, these date patterns won’t be structured in a way that’s useful to you. This is where being able to rename files using Python comes in handy! Being able to rename hundreds or thousands of files to change their date and time pattern is an incredibly useful skill.

Let’s take a look at an example. Say we have a folder of files that contain the following files:

We can see that these files have a date appended to them. The pattern for these dates are MM-DD-YYYY. Say you want to change the format to be the more common YYYY-MM-DD format. Let’s see how we can do this with Python:

This example is a bit more complicated so let’s break down what we’re doing step by step:

In the final section below, you’ll learn how to handle errors when renaming files with Python.

How to Handle Errors When Renaming Files with Python

When trying to rename a file that doesn’t exist with Python, a FileNotFounderror will be raised. This indicates that the file doesn’t exist and will crash your program unless it’s handled appropriately.

Let’s take a look at what this error looks like:

We can see from the code above that the program crashed when we attempted to rename the file. In order to handle this error safely and keep the program running, we can wrap everything in a try-else block.

Let’s take a look at what this looks like: